Protogen has a special field that can be used to load, from the Elecdes catalog, all of the relevant "catalog derived" attributes for a device (wire etc.). This field is not loaded with the catalog data, it is linked to and will reference the data during clone creation.

The clones will be loaded with the linked catalog data for every applicable (catalog specified) attribute on the clone symbol being loaded.

The syntax of the data is. <manufacturer>,<catno>*<subcomp>

During Protogen database population, after selecting the catalog linked column / field, you can start the component selection process, by using the right mouse button.

How to create a catalog field on a Prototype.

The following example shows the start up of the catalog selection process.

The following example shows the selection of a component from the Elecdes catalog. 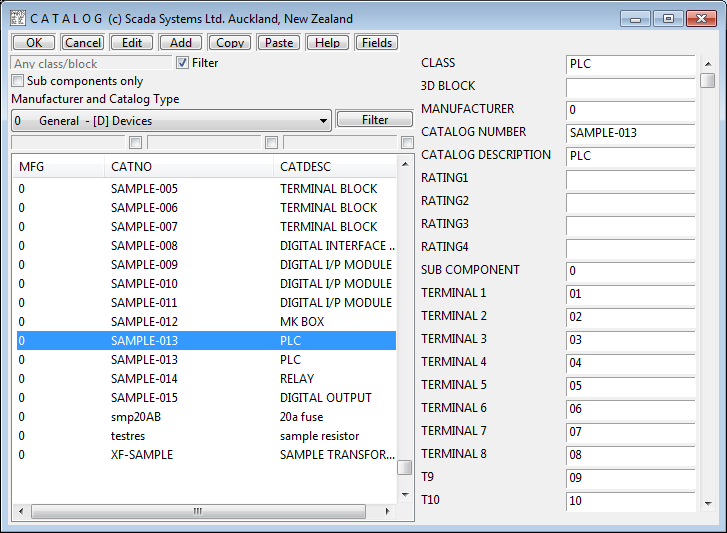 The following example shows the resultant comma separated data for the device.